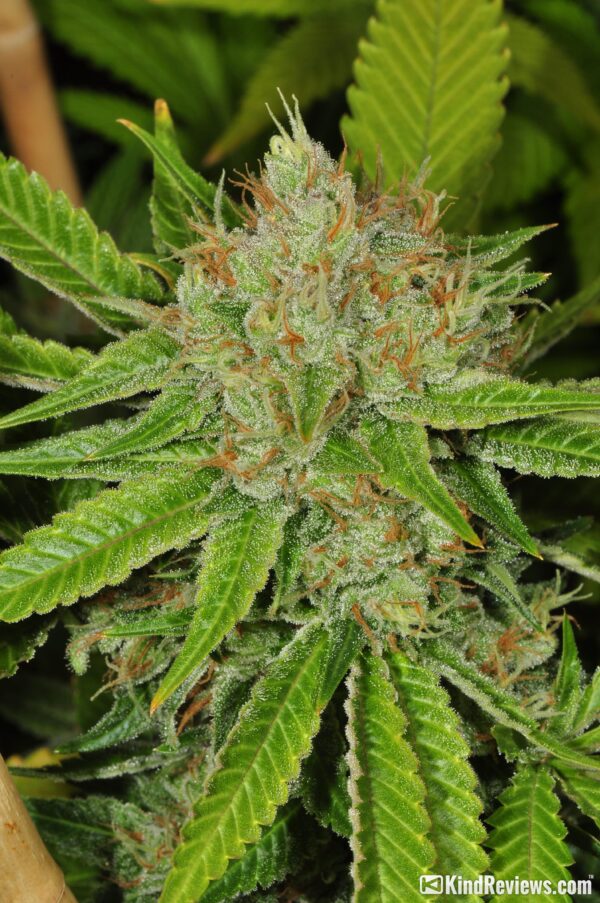 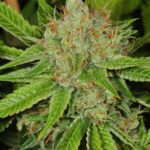 This strain shined most in its effects, which is really what’s most important — the most unique part about it was how quickly and directly the body relaxation was noticed. We also appreciated how the initial mental potency faded away and left behind all the good body relaxation we desired, converting what was a little heavy at first into an effect that felt very clear-headed and functional. We like this Hindu Kush as a daytime type of Indica that will help ease the aches and pains of a day both physically and mentally, while not being overbearing at all and retaining function.

The aroma in the bag was an understated combination of lightly fruity, musky, and earthy smells that blended together into an almost indecipherable mix. Once it was ground up, it took on a strong earthy element that reminded us of expensive soil — behind that lurked a slightly acrid and musky smell with a tinge of lemons. This one was a bit confusing to us, but enjoyable and pungent enough to please the staff.

While one reviewer (using an Incredibowl) experienced no real issues when smoking, two other reviewers disliked the flavor simply because the quality of the smoke seemed to burn the throat slightly and cause immediate coughing. The flavor itself was unremarkable regardless, and was mostly earthy/musky with a hint of sweetness present.

Eye pressure and a near-immediate body relaxation were the first effects of this Hindu Kush. The fast-acting body relief was surprising, as the relaxation parts of most strains come on beyond the initial effects, once the buzzing or waving feelings have subsided. This one has us pulled down into the couch in no time, improving our mood, but keeping things relatively sedate and calm nonetheless. The potency lasted at its near-peak level through an hour, having us feeling a little bit slow mentally, but cleared up after that point. Fortunately, the body relaxation lasted longer than the mental effects, which made this a clear-headed relaxer for most of its duration.