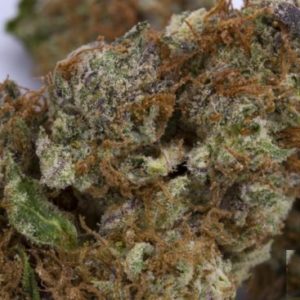 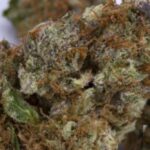 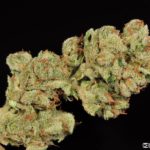 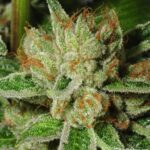 Buy quality White widow, Called” white” due to its resin gland content as well as its tendency to not fully color up when ready to harvest. White Widow is known for being extremely potent.  It is a solid producer of connoisseur-quality nugs. It has been popular in Amsterdam coffee shops for many years. White widow has also been used in many breeding projects to increase the potency and vigor of other strains.  It stays relatively short and compact, making it a good choice for home grows.  The males are said to be best for breeding because the females are not known for their smell and taste. The male will often lend the potency and trichomes of the strain while retaining the flavor of the chosen mother plant.

It was Developed in 1994 by Green House Seeds/Coffeeshop in Amsterdam. The White Widow has gone on to win prizes. It has also become one of the most popular and notorious strains in the world.  After the split of Shantibaba (and later, Neville Schoenmaker and Howard Marks) from Green House Seeds, they formed Mr. Nice Seedbank and re-created the strain from the original parent genetics, re-naming it “Black Widow”, as they lost the rights to the original name.  Many people prefer the Black Widow to the current Green House version.

A blend of fruit, musky, and putrid qualities. It hints at its potency with the smell, which has more of a bite to it than many fruity-smelling strains.  At times, it’s all lemons and hashiness, depends a bit on the phenotype.Click for related products

Often times neutral or even hashy due to the high trichome count, the strain sometimes has a citrusy, flowery bent, but is not known for being all that flavorful in general.

Cerebral and uplifting, this strain is powerful and consistent.  Though it keeps you mentally active and positive, it often comes with a strong couchlock tendency, especially later in the duration.  If harvested late, this strain can be especially narcotic for a Sativa and can make a mid-day nap a necessity.
The original White Widow was created when a sativa landrace from Brazil was pollinated by an indica hybrid from southern India.Read more